In 2005, I began the story entitled ‘Deep Winter’. Many have wondered about its’ origins. It was literally, a single post on a web forum that shall remain nameless, designed to make people think about what they’d do, if they were caught in the same situation as the guy and his family in the story.

Five pages, I think it was.

I was then asked…or, hounded, into ‘more.’ Alan Hagan warned me, ‘don’t start or they’ll never let you alone’ and he was certainly correct. The five pages became the first chapter. The short story turned to a dozen chapters, then thirty, then sixty. It covered a little bit of ground, and six hundred sixty-two pages.

Then a second book, ‘Shatter’, well over six hundred pages. Then, a third…

Thomas’ work is available from Amazon in Kindle format and also on his blog, Deep Winter blog story. 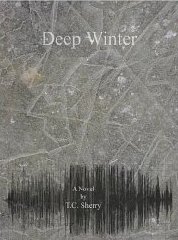 From a relatively normal American life to a survival situation in moments, this story follows the Drummond family as they learn to adapt to a now, very different community…and world. Beginning on a bitter cold January night, the story begins with a series of earthquakes tearing through the Pacific Northwest….and in the following days the family–and the nation–face challenges from unexpected sources…. 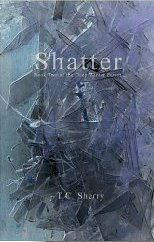 A continuation of the story begun in ‘Deep Winter’, finding the Drummond family and their friends adapting to the radically altered world they now find themselves in. 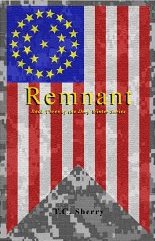 Resuming the ‘Deep Winter’ story after the second book, ‘Shatter’, Remnant follows the Drummond family into new territory. As a Second Civil War rages, Rick Drummond finds himself amid those who are learning anew, the cost of freedom.